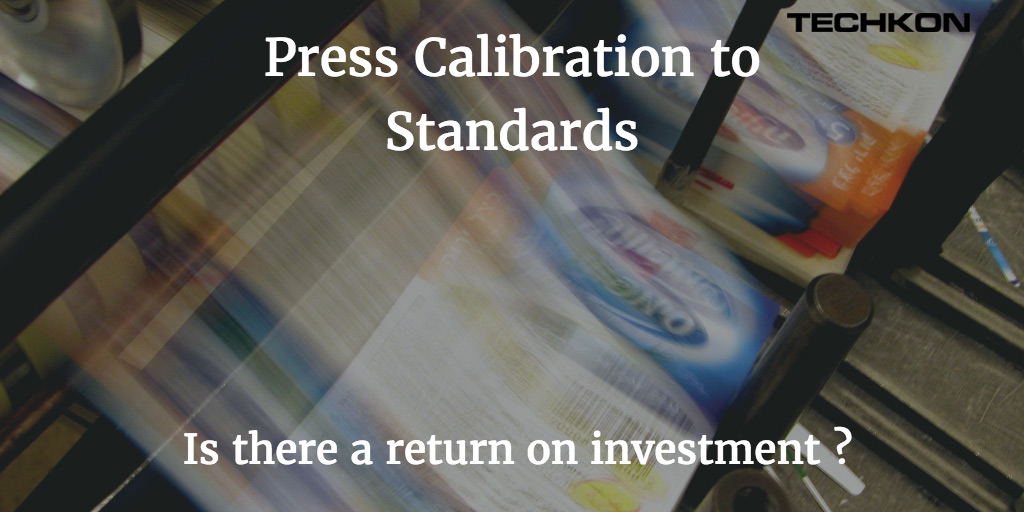 It is great to be able to match a proof on press, but what is the real financial benefit? It depends on the type of printing that you are doing. For some types of printing, it really is just ink on paper and the proof is just a rough guide. The return on investment is less obvious for this type of printing. When the customer expects you to match the proof, however, being able to consistently match the proof is valuable — both for the customer and the printer. Repeatedly matching a proof on press means holding consistent conditions throughout the printing plant and noticing when these conditions change. This attention to detail is time consuming and expensive as it involves maintenance, repairs and corrections when conditions change. In addition, the initial benchmarking and optimizing of the press and proof match can be expensive as well, often involving a few days to a week of time with a qualified expert. After spending all this money on calibration, maintenance, and repairs, one has to wonder what type of return on investment there will be. Standards aid efficiency and efficiency leads to profits. There are a number of benefits to proof and press calibration. All of them have a direct financial affect upon how the printing plant operates.

Some printers in New England have gone out of business recently. In some cases, there seem to be common characteristics that have may have contributed to the demise of some of these firms. A few of the printers who have passed on were big printers who have over-invested in equipment. A more common trend has been printers who have not kept up and have not upgraded or invested in technology. While considered quality commercial printers, they just cannot turn the jobs quickly enough to compete. They have ended up too far behind with too many manual processes, and they are just not efficient enough to compete and get the jobs off and on press quickly enough.

The first and most important return in investment when performing press calibration has to do with being able to match a proof and get jobs on and off press quickly. Often when performing a press calibration at a major printer, I will find that it is very common for them to make special plate curve adjustments to live jobs as they sit on press. as they make these ‘correction’ plates, the press sits idle, prep staff are put through a fire drill, and the make-ready is based on extensive color moves on press to match the proof. Being able to match the proof quickly is the first and one of the most compelling ROI components. Of course, if you are calibrating to a press itself and that press changes, then all is lost.

When calibrating a proof and press, there has to be something to calibrate to. In the past, this typically meant calibrating to items such as density and dot gain. It wasn’t long before printers realized those newly created benchmarks performed differently with every ink and press, making consistency difficult. With this scenario, the proof was set to match the press — on that date and time in history. As the press changed, the proof was no longer valid and the proof was locked to a changing set of press conditions. Newer standards such as FOGRA 39 and specifications such as GRACoL 7 aim the press at a set of conditions. The proof is also aimed at these same conditions. If either the proof or press changes, it is quickly aimed back at the target condition. In this scenario, the proof is no longer aimed at a moving target. While some printers worry about ‘printing like everyone else,’ it has been shown that printers who match a specification or standard actually print at much higher quality than the average printer.

A collection of more than 80 before and after datasets that in most cases show this dramatic difference. The fact is that adherence to a standard usually involves paying attention to print quality in a very specific way, which most printers are not doing. The benefit of this is improved quality. While it is nice to have a proof and press that match, printing to a standard or specification has even more financial benefits than just ‘matching a proof.’

Another benefit of printing to standard involves reducing waste. One immediate benefit that often occurs after a calibration is fewer plate remakes, and a reduction in paper use in “getting up to color” and moving color around on press to achieve the match. If you process fewer plates, use less chemistry, less ink and less paper, then the savings are direct and quantifiable. In addition to less plate remakes and press adjustments to get to color, it also means that instead of doing rework, staff is more focused on new billable work. It means staff is much more efficient, and because there is less frantic ‘emergency’ rework, there is a labor savings and scheduling is much easier as well. For those concerned with being green, this also translates to using less energy and resources.

Another less talked about benefit of calibrating to a standard comes fromusing the existing body of knowledge and research in printing. With the new GRACoL and FOGRA, the industry has researched and determined conditions, procedures, and techniques that are beneficial to the industry. Out of this research and testing come recipes that help guide the user through the process to an expected outcome. The cost of a company attempting to do this research on its own would be too expensive for most companies to even consider. A good example is GRACoL, which provides many printers with a good way to match a press, proofer, and customer expectations. The method for this calibration is well documented and freely available. If a company tried to pioneer this on its own, or buy existing software to perform a similar calibration, the costs would be prohibitively expensive for most printers.

When printers pool their knowledge, we all save money and don’t waste time reinventing the wheel. Hard to find information in the graphic arts industry that in the past had cost many thousands of dollars in consulting to obtain, now often can be gained for free through the use of standards and their methods. Because standards are created around industry consensus, the techniques and procedures follow known and accepted practices, and these standards can be used by anyone in the industry to gain predictable results.

Calibrating to a standard or specification also can lead to gaining new business from clients that require vendors to match a standard. For example, if you are calibrated to GRACoL 7, you then can bid on jobs for buyers and creatives that require that the vendors match the GRACoL specification. For many large international corporations and buyers, printing to a standard or specification is essential and they will only work with firms that comply. In addition, calibrating to a standard or specification can help build trust and demonstrate expertise to a customer, and also help you be able to match customer expectations. An even better prospect for printers who calibrate to international standards or specifications is the chance to gain work in the United States from other countries. For example, if a job from a European company that was previously printed overseas is printed in the U.S., how much does the European company save on time, turnaround, shipping, and travel previously required for press-checks? It is a win-win situation for everyone. Being able to print to international standards is the first step in being able to offer services such as this to large international corporations.

Calibration of press and proofs to common standards has direct and indirect benefits. It is a better approach than just matching the proof. Direct benefits are easy to quantify based on the number of plates, proofs, paper, labor saved and quicker turnaround. Both productivity and quality improve with the implementation of standards. Other benefits are more tactical and help your company be more competitive in positioning itself to customers as well as opening up new markets.

Reproduced with permission from “Printing in the Dark”, Ron Ellis

26
May 2016
By Allison LakachaIndustry StandardsComments Off on Press Calibration to Standards. Is it a Return on Investment?